Book Review: What the Zhang Boys Know by Clifford Garstang

If you are looking for a different experience in fiction, I invite you to read What the Zhang Boys Know, a novel in stories by Clifford Garstang. Twelve interlocking stories, each one capable of standing alone, weave a story about a disparate group of characters who inhabit Nanking Mansion, a semi-gentrified building in a marginal area of Washington, D.C.

We first meet Zhang Feng-qi, widowed father of two boys under six in "Nanking Mansion." Faced with losing his boys to his pushy mother-in-law who doesn't really want them, he brings his father from China to take care of them. The boys, Simon and Wesley, teach their grandfather about life in the United States, while he teaches them about their heritage. The boys are our conduit to everyone in their building, from the sculptor, to a minor poet, to a painter and an interior designer, thereby providing a link between the tales of each of the characters.

The setting is everything, just as it is in classic movies like Grand Hotel. People of different strata in society come together, interweave their stories, and move on. The gay couple lose one of their pugs when one is mugged. The dog's loss leads to a break up of the long-running couple, who eventually get back together by the end of the book.

The boys learn about "Hunger" after Claudia lives on dried noodles and sells off her few valuable belongings. They watch their grandfather deliver soup to help her stay healthy through her pregnancy. 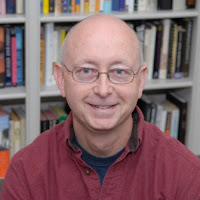 The second to last story, "The Replacement Wife," illustrates cultural clashes and familial needs in a way that is almost painful. Feng-qi loves Jessica, a Chinese-American woman facing a hysterectomy. Her fears about the operation and its aftermath render her mute in front of Feng-qi. With no one to talk to, Jessica has an affair with a writer in the building. Feng-qi finds out about the affair and is willing to forgive her and marry her. Jessica has an epiphany about becoming Feng-qi's replacement wife. She believes Feng-qi is looking for a surrogate for his dead wife, someone to help him raise his boys. She's right. Jessica doesn't want to be a surrogate for anyone and leaves for Paris with the writer. You'll have to read the story to understand the irony of the situation.

Garstang's prose is poetic. His grasp on cultural norms and misunderstandings brings the reader to tears and chuckles, often in the same paragraph. Although there is no consistent plot, each story stands alone and also drives forward sketches of the characters who inhabit Nanking Mansion. A wonderful read. Well worth the time. You'll want to finish it in one sitting, but sip it. Read a story, think about it, then go on to the next. You'll be glad you did.
Posted by Betsy Ashton at 7:35 AM

Betsy Ashton
A transplanted Californian who hasn't forgotten my roots, a writer who expresses myself in fiction and a reader who invites conversation on books I review.